Brazil - the marvel of South America

Brazil surely lays claim to being one of the most exotic countries in the world. A wonderful place in so many ways, it dances to its own unique rhythm and the result is a sensuous melting pot of cultures, peoples and landscapes like no other place on earth. It is also huge! With a population of 190 million people and 8.5 million km2 – almost twice the European Union – Brazil is the fifth largest country in the world, both in area and population.
Indeed everything is big about this country that takes in a coastline of 7,367 kilometres, occupies half of South America and borders every nation of this continent (9) with the exception of Chile and Ecuador.
Politically, Brazil is divided into 26 states and one federal district (containing Brasília), distributed over 5 regions (North, Northeast, Centre-West, Southeast and South). Economically most important is the Southeast region that comprises the states of São Paulo, Rio de Janeiro, Minas Gerais and Espirito Santo. 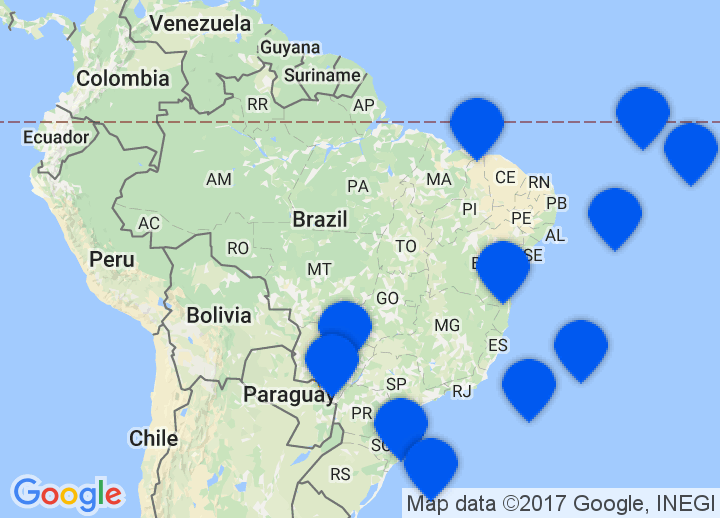 Travel to Brazil and stay in boutique hotels, resorts by the sea or a luxury hotel in Rio. Special accommodations from where to get to know the beauty of Brazil, tropical cuisine and exotic fruits, incredible beaches and awesome landscapes. Whatever your reasons to travel to Brazil, be it a romantic getaway, a cultural tour, or the thrill of staying at a small luxury hotel, Secretplaces will help you find the perfect spot.

Brazil - where to go

The variety of Brazil's lands is almost endless: hills, mountains, plains, highlands, scrublands, savannas, rainforests and an interminable coastline. The extensive low-lying Amazon rainforest covers most of the land at the North, whereas small hills and low mountains occupy the South. Along the Atlantic coast there are several mountain ranges. Major rivers include the Amazon, the largest in terms of volume of water, and the second-longest in the world; the Paraná and its major tributary, the Iguaçu River, where the Iguaçu Falls are located; the Negro, São Francisco, Xingu, Madeira and the Tapajós rivers.